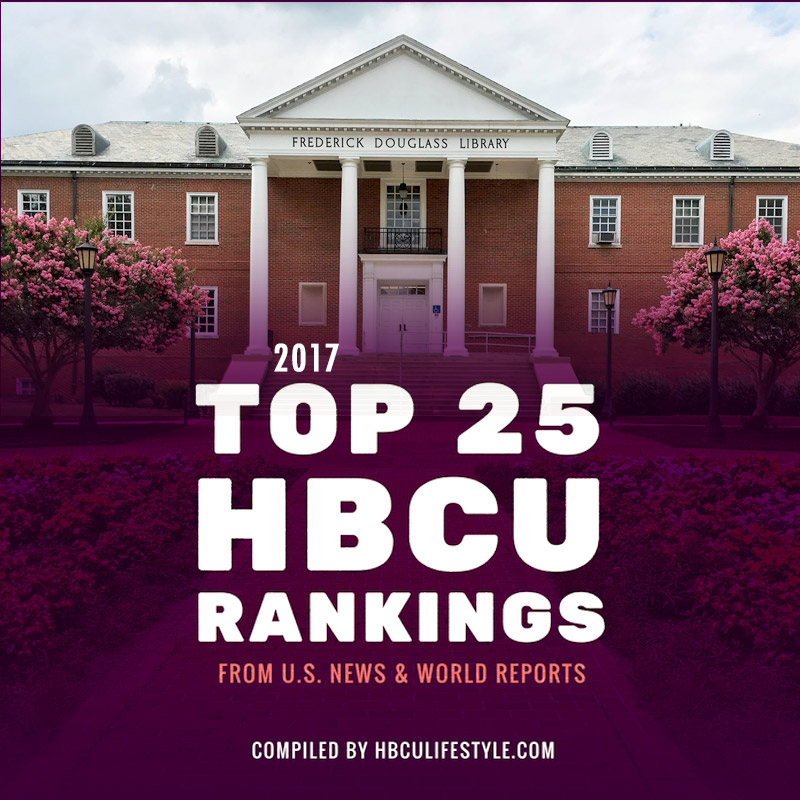 Frederick Douglass Library on the campus of University of Maryland Eastern Shore.

The U.S. News and World & World Report has released its annual Best Colleges Rankings for Historically Black Colleges and Universities (HBCUs). The HBCUs on the list are matched against one another and not other universities. To be considered for the ranking, all schools must currently be a part of the 2017 Best Colleges rankings and be a designated as an HBCU on the U.S. Department of Education’s Registry.

There are over 100 HBCUs in total, and 80 of them were eligible for 2017 HBCU rankings. From this list of 80 schools, only 72 HBCUs made the cut. The remaining eight schools are unranked. Additionally, the qualifying schools must be an institution that primarily grants undergraduate baccalaureate degrees and primarily enrolls first-year and first-time college students. The ranking criteria include statistical indicators including graduation and retention rates, faculty resources, and alumni giving rates to name a few.

From these rankings, we have compiled a list of top 25 HBCUs. In this year’s 2017 HBCU rankings there are some significant changes at the bottom half of the list. Notably,Fayetteville State, Alabama A&M, and Bowie State dropped out of the top 25. Meanwhile, Alcorn State and The University of Maryland-Eastern Shore moved up to replace them.Towards the top of the list Tuskegee and Morehouse College are now tied for the same position.